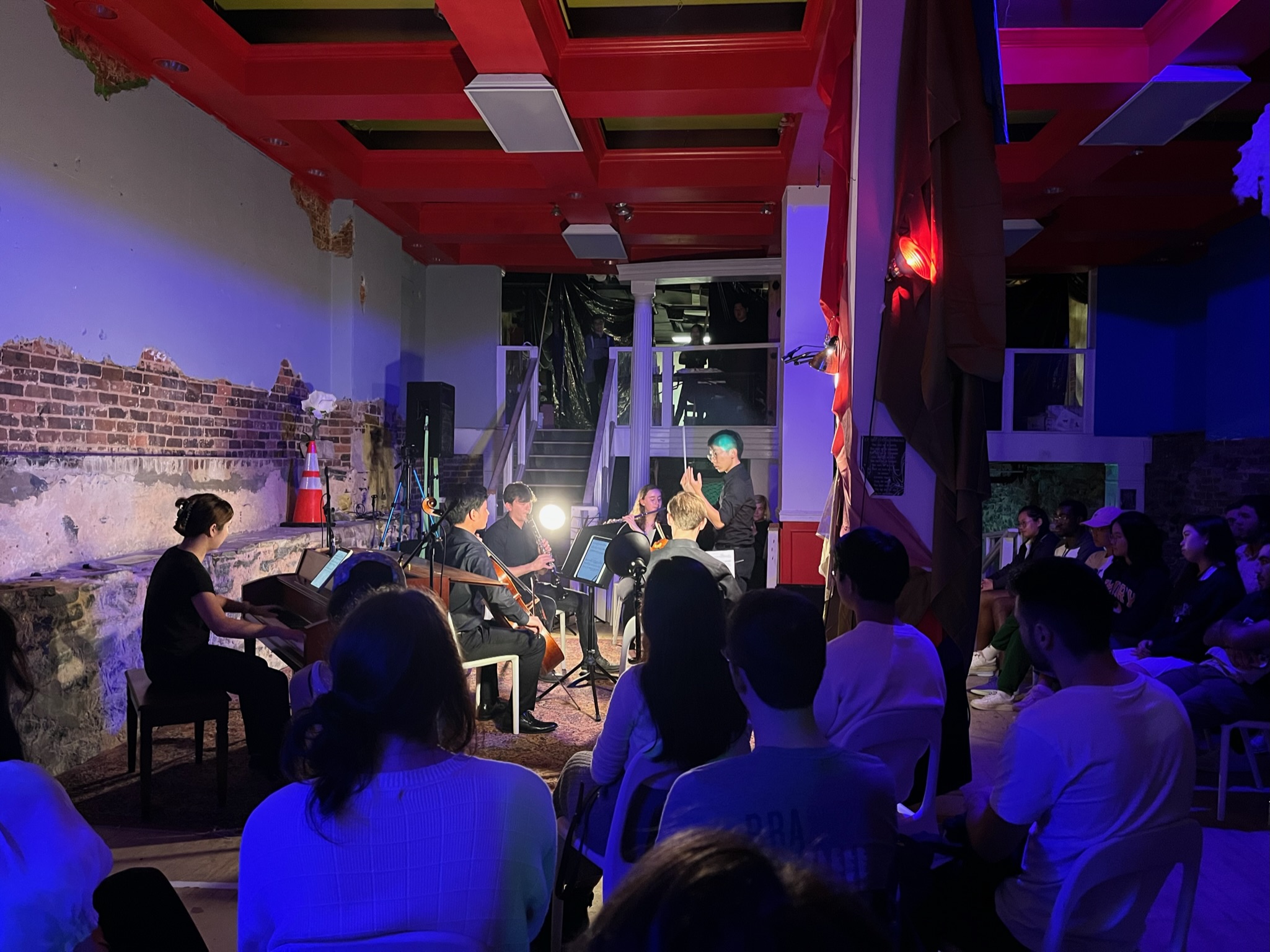 Currently, Solomon is studying at Emory University as a Robert W. Woodruff Dean’s Achievement Scholar. At Emory, he studied with Joel Rust, Adam Mirza, Katherine Young, and Timuçin Sahin. He attended the Hypercube Composition Lab and Atlantic Music Festival where he studied with David Ludwig, Reiko Fuëting, Melinda Wagner, Mari Kimura, George Tsontakis, Zhou Long, and Christopher Dobrian. As a 2022-2023 Fellow in the Stipe Society of Creative Scholars, Solomon is a passionate advocate for new music on campus and in Atlanta. He is the founder of the Emory Composers’ Society, a group premiering diverse new works and fostering an inclusive musical community at Emory University.

Solomon is a passionate cellist, playing in the Emory University Symphony Orchestra under the baton of Paul Bhasin. He is also active as a contemporary performer and conductor, with a particular interest in conducted improvisation. He has performed with improvisers around Emory and Atlanta, including Emory CompFest and Timuçin Sahin’s “Flow State,” the Nakatani Gong Orchestra, and Emory student musicians.